This is our story.

Calvo Family Red Angus is a family owned and operated business that is located in the heart of the Sandhills. We are 2 miles south and 1 mile west of Bassett, Nebraska. Our cowherd genetics stem from Ohdle Cattle Company, Red Hill Farms, Buffalo Creek and Beckton Red Angus.

Our calving begins in the months of May and ends in June. Our females are out on native pastures when the grass is green. We put a strong emphasis on calving ease and expect all females to calve unassisted out on pasture. The pairs are then paired out into breeding groups where most of them will be naturally serviced by a lot of our own bulls in our program. This gives us the advantage to use proven cow families and correctly match up the best mating possible. Cows are exposed for 45 days and heifers are only exposed for 35 days. This allows us to maximize our fertility and ensure only the best of the best are allowed to produce in the herd. After breeding season in done and seasons start to change, we fence line wean our calves and then kick them out on cover crops. We have been fence line weaning for many years, and can see the positive impact it has on the calves’ health. After this process, the cows are driven to stock pilled grass or crop residues. 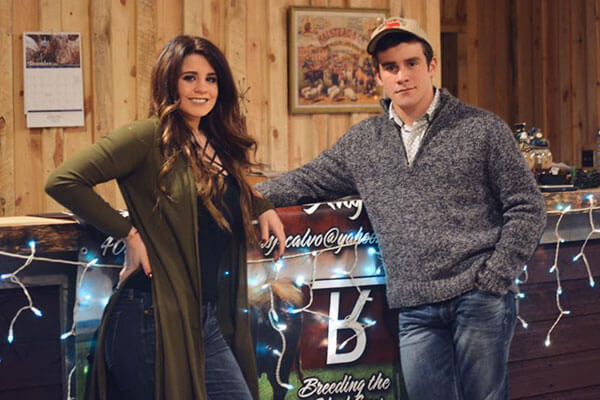 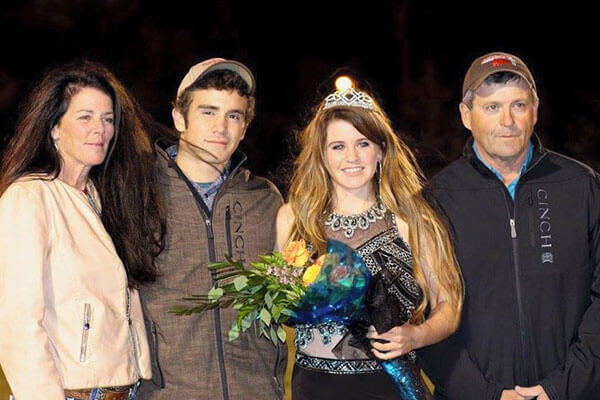 From where it started

"A Cattle breeder striving to produce functionally efficient high performing females should allow form to follow function" -Roy Beeby, (1990 December edition, American Red Angus Magazine) At Calvo Family Red Angus it was the principles like that one that showed us what to build our Red angus program around. When we started in the cattle industry, we had 250 Black Angus commercial cows that were heavily influenced with Tim Ohlde genetics. We felt they possessed the characteristics that defined the “Ideal Cow”; for they were big ribbed, naturally easy fleshing, structurally correct and withheld superior udder quality. The kind of cows that could thrive out on pasture and wean off at least 50% percent each and every year. As the years went by, the idea of starting in the registered red angus business started to present itself. With that, we knew we could not forget where we came from and that our registered red cows must maintain the exact characteristics as our commercial black angus herd did.

When we began our start in the registered Red Angus business, we found it challenging to locate the right type of cattle we wanted to start with. However, we did know that buying one or two cows from all different sales was not an option. We wanted to buy from only proven cattle operations that have stood the test of time. The kind of operations that possessed the same characteristics in their herds as we did in our commercial cows. With that being said, we went back to our roots and purchased 3 registered red angus cows from Tim and Trudy Ohlde. Two red angus cows and one black red gene carrier. We flushed these three cows for several years and put their embryos into our commercial cows. From there, we grew our red angus herd slowly with attention to the little details that we knew would be important down the road.

From there we were fortunate enough to be offered the opportunity to purchase females from Roy Beeby’s herd. Roy was the 25th member of the Red Angus Association and after several years of reading Roy’s literature we discovered the deep understanding and passion he had for breeding Red Angus cattle. We came into contact with Janet Beeby and were presented with a rare opportunity to purchase a large group of cows that had been built around the same maternal traits we believed in. With that, we purchased the last of the BB cow legacy. What motivated us to make this purchase was Roy Beeby’s ability to line breed his cattle in a time period of others just buying the next best thing. In the 80’s Roy once said, “there are the show kind and the brood cow kind. At Prairie City Farms, we are raising the brood cow kind.” Fast forward to 2019 and we are still in the same situation. There are different types of cattle in this world - some are designed to win in the show ring, some we’re not sure about… and others are the ones designed to be the brood cow kind. At Calvo Family Red Angus we have carried on the practice of creating the brood cow kind- cows that can go out on the range to utilize available recourses, maintain their natural fleshing ability, and wean off at least 50% percent of their body weight. In 2017 we were offered another rare opportunity to go back to our roots and purchase the entire registered red angus and red-gene carrier herd from Tim and Trudy Ohlde. These cows are truly the brood cow kind, and we are more excited than ever for the future of Calvo Family Red Angus.

Bull development is something we take very seriously. Developing bulls is more like an art, and it is something that will impact how a bull is going to perform his entire life. We develop our bulls in a way that creates an honest appearance and in similar conditions that they are going to see when out breeding cows. Asking bulls to perform like a feedlot steer and then expecting him to go out and breed his 35 cows is something that is not going to happen. All the bulls are pastured together where they all receive the same treatment. Nothing is sorted off and no special rations or catering is given to poor performing bulls. For if they cannot perform under the same conditions as their contemporaries, they are culled. This allows the bulls to sort themselves out; and the bulls with superior fleshing ability and structural correctness rise to the top.

When they are weaned they are turned out on cover crops and fed a high roughage ration. They get turned out on grass in early spring with lots of room to just “be bulls”. They are pulled off grass in late September or early October and are then culled for not only performance, but for structural correctness and fleshing ability. The bulls that have met are expectations will then be put on a high roughage ration. They will all stay in one big group and once again will all receive the same treatment. Pulling off the poor performing bulls and putting them on better fed might be a good alternative in the short run, but we don't sell “ just bulls”, we sell the kind of bulls that our customers can put their trust in. 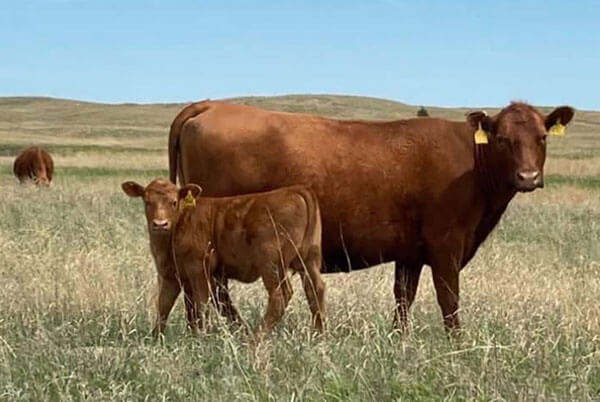 This Is Our Story 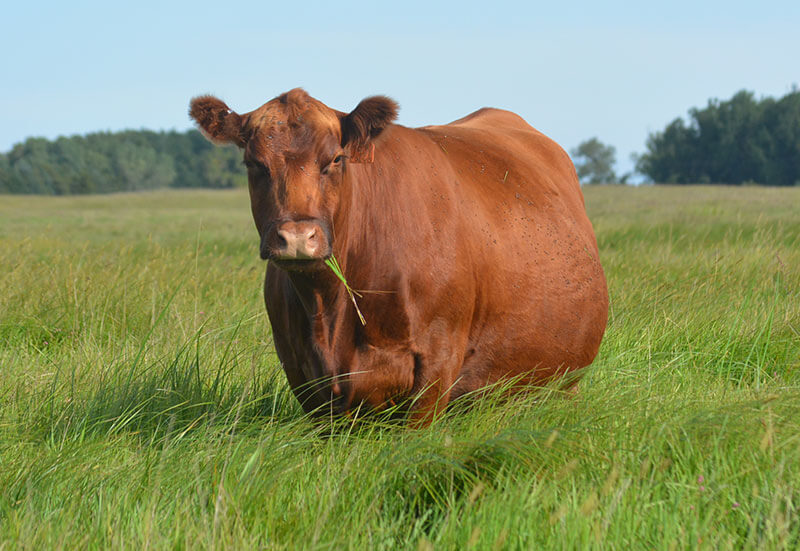 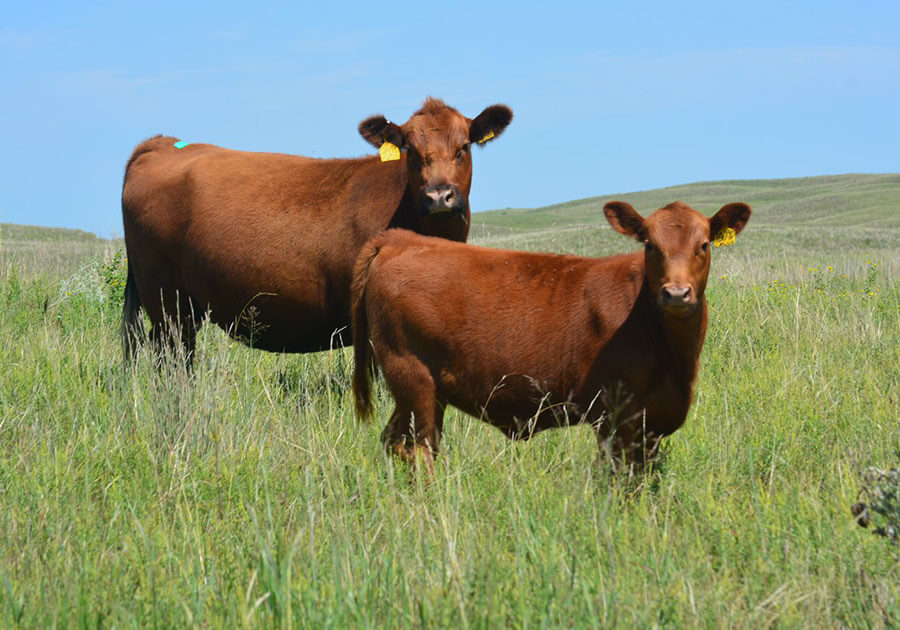 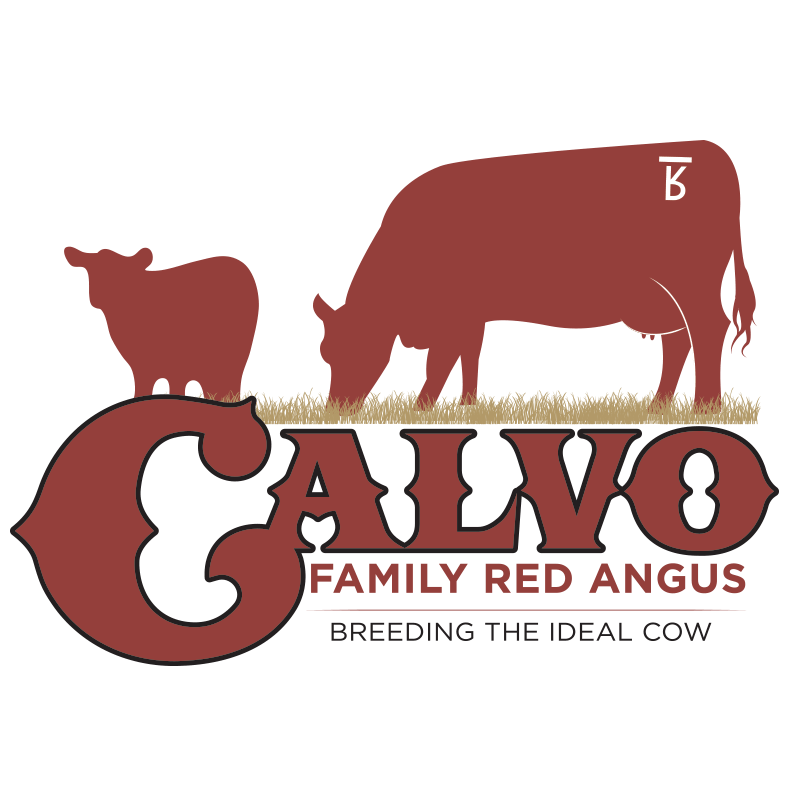